The launch of Middle School Rules

When my wife and I had our first child, I bought a fancy new camera, and I proceeded to take at least a couple of pictures of Elijah every day for three-plus months.

When my wife and I had our second child, I still owned a camera… but the daily picture taking of Zarah ceased after mere days.

Well, this is my first book, and I’ve been excited to share it with the world. Here’s the first week of Middle School Rules…

Proud to announce my new book with @seankjensen, @midschoolrules of Brian Urlacher. Get #SuperBowl e-book special at http://t.co/LjYf9ZkU0o

We get lots of love…

Support my bro @BUrlacher54 & get his new book Middle School Rules! I got mine! Lach u were 125lbs in 8th grade? pic.twitter.com/nP5dspjV2c

Just ordered @BUrlacher54 new book @midschoolrules for my newborn son. One day he can read about dads favorite Bear! pic.twitter.com/cfk03IarX3

We got some press…

We thank @seankjensen for dropping by The B/R Spotlight booth. Check out his book @midschoolrules pic.twitter.com/P0lIO3ZYtb

I introduced it to some new people…

Thank you @JoelOsteen for introducing me to your beautiful family & providing encouragement on http://t.co/LWTaBI9T3o pic.twitter.com/nnmhIgbYsq

Glad I could get @paytonsun a copy of @midschoolrules. Now I can save on shipping 😉 pic.twitter.com/hJT5ijCxGX

Talking about my book http://t.co/LWTaBI9T3o with my friend @BigOShow! Miami peeps, tune in! #SuperBowl pic.twitter.com/7MxCfMMyob

And we had some fun…

Rule No. 4: No Fear – 3,500 feet above Phoenix, thanks to @PapaJohns hot-air balloon. #MSRontheMove pic.twitter.com/QtYrUBAfUS 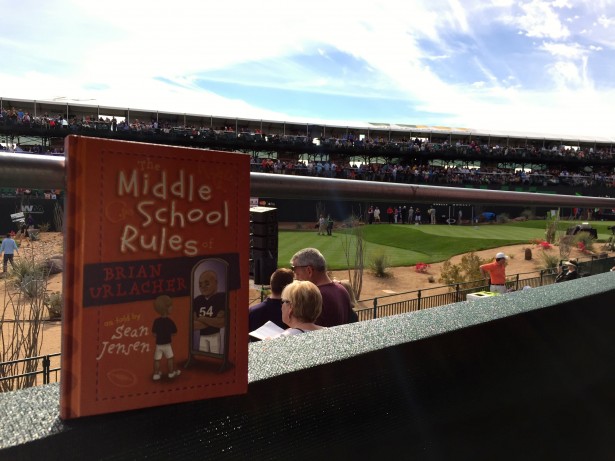 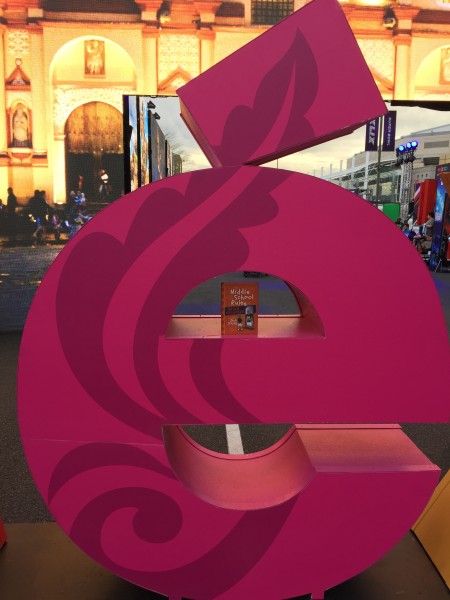